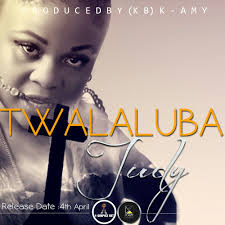 Zambian Female artist Judy Melele popularly known as Judy Yo finally came out and cleared the air on rumours that have been spreading that she’s a lesbian. Read More
CLICK HERE FOR MORE ZAMBIAN MUSIC WEBSITES

Story from the Kitwe Times Website
MUSICIAN Mirriam Mukape also known as Mampi says she would have ended up being a prostitute if she was not focused. Read More
CLICK HERE FOR MORE ZAMBIAN NEWS WEBSITES

his estimated net worth had been pegged at $155 million as recently as May.

The recording artist, who filed for bankruptcy under his real name of Curtis James Jackson II, did so in U.S. bankruptcy court in Connecticut. He listed his estimated assets between $10 million to $50 million, with liabilities in the same range. Those figures call earlier estimates into question.

Though Jackson first became known for his career as a popular rapper, his business dealings are almost equally legendary. He made a reported $100 million when VitaminWater, in which Jackson was an investor, was sold to Coca Cola. Other moves were less successful: a clothing line has since shuttered, a headphones debacle resulted in a multi-million dollar lawsuit, and a vodka partnership failed to generate significant buzz on liquor shelves. 50 Cent is still trying to make waves in the audio world, as Fortune previously reported.

Earlier this month, Jackson was ordered to pay $5 million to a woman who said Jackson acquired an adult video she made with her boyfriend before posting it online without the woman’s permission.

Musician Chama Fumba popularly known as Pilato has been set free after the state entered a Nolle Prosequi in a case he was charged with conduct likely to cause breach of Peace. Read More

THE case in which musician Chama Fumba, popularly known as Pilato is charged with conduct likely to cause breach of peace for causing his song “Alungu Anabwela” to be published on online media, today failed to take off because the State failed to avail witnesses before Court. Read More