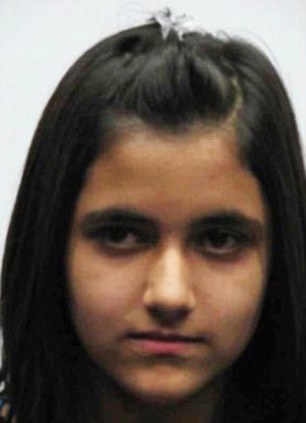 A Muslim father charged with murdering his three daughters in apparent honour killings has said he would do it again even if they came back to life 100 times.

Mohammad Shafia, 58, cursed his daughters Zainab, 19, Sahar, 17, and Geeti, 13, saying they were ‘treacherous’ as he likened them to prostitutes during a conversation that was recorded by police.

He is on trial for their murders after they were found dead in the family car along with Shafia’s first wife, Rona Amir, 50, in the Rideau Canal, located in the Kingston area of Ontario in Canada in 2009.

Initially police thought the family had been involved in an accident and Shafia told them during an interview that he didn’t know where they were.However, his version of accounts did not add up and he was arrested and charged with their murder.

Shafia, who moved to Canada from Afghanistan with his family, is polygamous and after his arrest was heard telling his second wife, Tooba Yahya, that their daughters had brought shame on the family.

He said: ‘Even if, God forbid, they hoist us on to the gallows… we accept it wholeheartedly’, a day after his arrest.

The court heard the recordings in which Shafia talks about his daughters and the fact that they were dating while ranting about the family’s honour.

After Yahya said that she knew Zainab was ‘already done’ but wished ‘the two others’ weren’t, he responded saying ‘No Tooba, they were treacherous.’

Tooba Yahya, 41, and their son, Hamed, 20, are both on trial with him facing charges of first-degree murder. Hamed has denied even being at the death scene. All three have pleaded not guilty to murder.

Speaking about pictures of his daughter he said he was consoled adding, ‘No Tooba, they were treacherous. When I tell you to be patient, you tell me that it is hard.

‘It isn’t harder than watching them every hour with (boyfriends).  For this reason whenever I see those pictures, I am consoled.

‘I say to myself, “You did well. Would they come back to life a hundred times, for you to do the same again”.
– Daily Mail