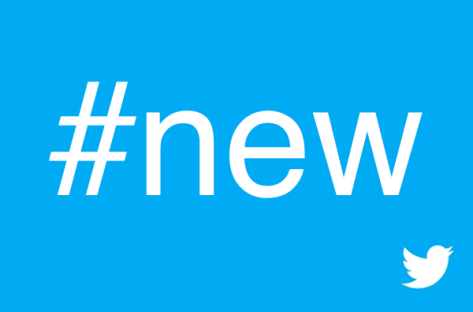 Congratulations! You’ve taken that big first step and signed up for a Twitter account. We’re thrilled to have you on board. You’re going to have a lot of fun.

But it’s not going to be easy. Twitter takes a lot of work, has a bit of a steep learning curve and can be a pretty scary place on day one. There are all those confusing characters and symbols, strange, shortened links, pressure to follow people you don’t know and so many daunting acronyms and buzz words. And what in blue blazes is a hashtag!?

Fear not, because help is at hand. Here are 10 must-learn lessons for Twitter newbies.

1. Twitter isn’t Facebook. It’s an open public network and unless you protect your tweets (that is, make your account private) everything you say can be seen by anyone, right from the start. Your tweets are findable in Twitter search and also mined by Google and other search engines. But that doesn’t matter as that’s how it’s meant to be: Twitter is all about sharing information. Don’t protect your updates unless you really have something to hide or somebody to hide away from. And if either of these things are true, I’m not sure a public network is the right place for you.

2. Twitter has some really strange jargon. And Twitter knows this, so they’ve created an official glossary. Bookmark it and refer to it often – and definitely read up on hashtags.

3. The maximum length of your username is 15 characters. But you can change it anytime you like to anything that is available. And if you’ve gone with something Twitter recommended, and especially if you’ve got a number stuck at the end of your name because lots of people got there before you, then you really, really should. And the change is seamless – you don’t lose any followers or anything like that (although it’s worth announcing a username change if you have a lot of followers). Don’t change it all the time as that drives people crazy – find a good username and stick with it. Tip: the shorter your username, the better, as it makes it easier for people to re tweet you and/or fit your tag within long tweets.

4. It’s okay to lurk. In fact, it’s normal – more than half of all Twitter users never tweet, they simply consume the content of the people they follow. So, not only is lurking good practice until you get into the swing of things, but there’s nothing to stop you lurking forever. Twitter can be an amazing source of data, and you don’t have to write even a single tweet to tap into that. But at the same time, if you have things to say,then you can improve that data by getting involved.

5. The maximum number of characters in a tweet is 140. But you should quickly get into the mentality of leaving at least 20 characters free to leave plenty of space for people to retweet you, as some people like to add comments to retweets. Indeed, I recommend writing tweets to a limit of 100 characters or less, which leaves plenty of room for a link and retweet space.

6. Any link you share on Twitter will automatically be shortened. This saves you space. Twitter converts (and shortens) every link into their t.co internal shortener, which has great analytics. Alternatively, you can use bit.ly if you want additional metrics.

7. You can only send a direct message to somebody if they are following you. And vice versa. (Note: you don’t have to both be following each other. Direct messages can be very one-way, i.e., celebrities and their millions of fans.) This is done to protect people from being bombarded with spam. If somebody is bugging you via direct message, unfollow them. Problem solved.

9. If you start a tweet with @username, it’s a reply. And will only be seen by the person you replied to and people who are following both of you. Nobody else will see it in their stream (although it will show up on your profile page and in Twitter search).

10. If you tag a username anywhere but at the start of the tweet, everybody following you will see that message. This is called a mention. It’s important to quickly learn the difference between this and a reply, as above. (Some people have been using Twitter for years and still don’t know how this works.)